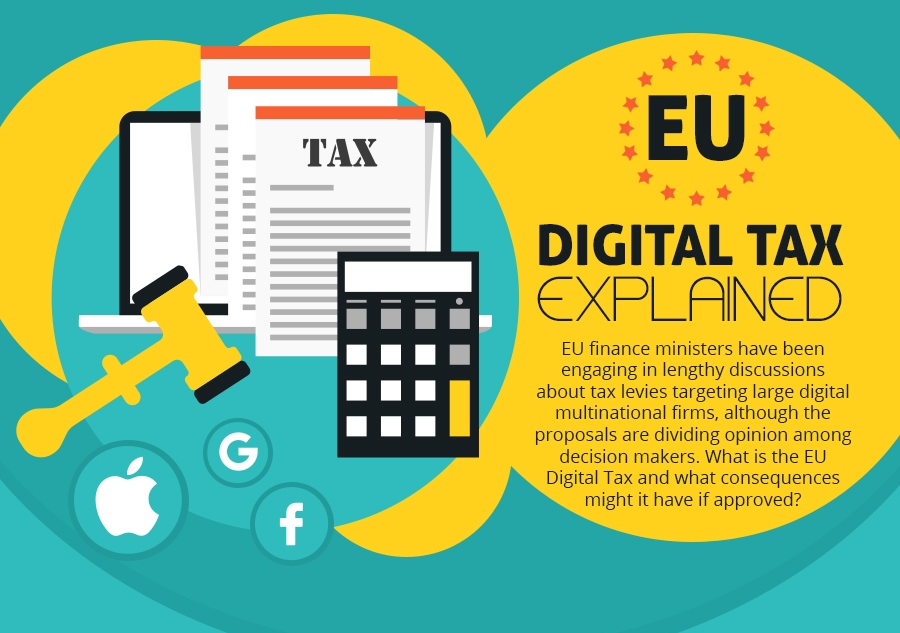 While a number of European nations have their own tax laws for major tech companies such as Apple, Amazon and Google, the EU currently proposes its own for all its member states. Such a digital tax would cover all nations belonging to the European Union with the objective to reform tax for the digital age. There is, however, significant division among lawmakers on this digital tax especially with concerns and projections of whether such a tax might lead to a transatlantic trade war. Regardless, the EU’s President Ursula von der Leyen emphasises the tax reform is necessary with the bloc affirming commitment to regional laws that align with business in the digital era.

What Exactly Would These Reforms Involve?

To explain the EU’s proposals and the reasoning for the reforms including individual nation’s response to these corporate taxes, read on for the full infographic 101 below.